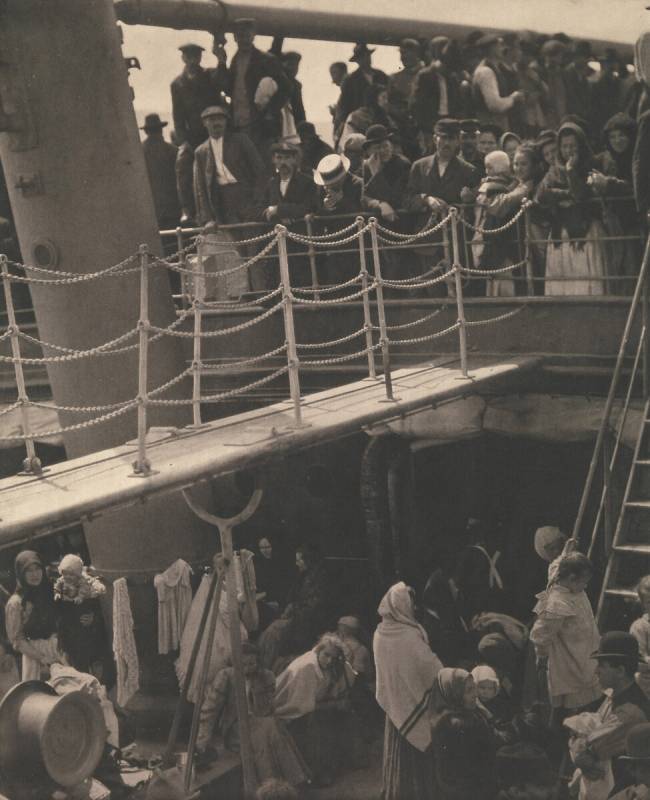 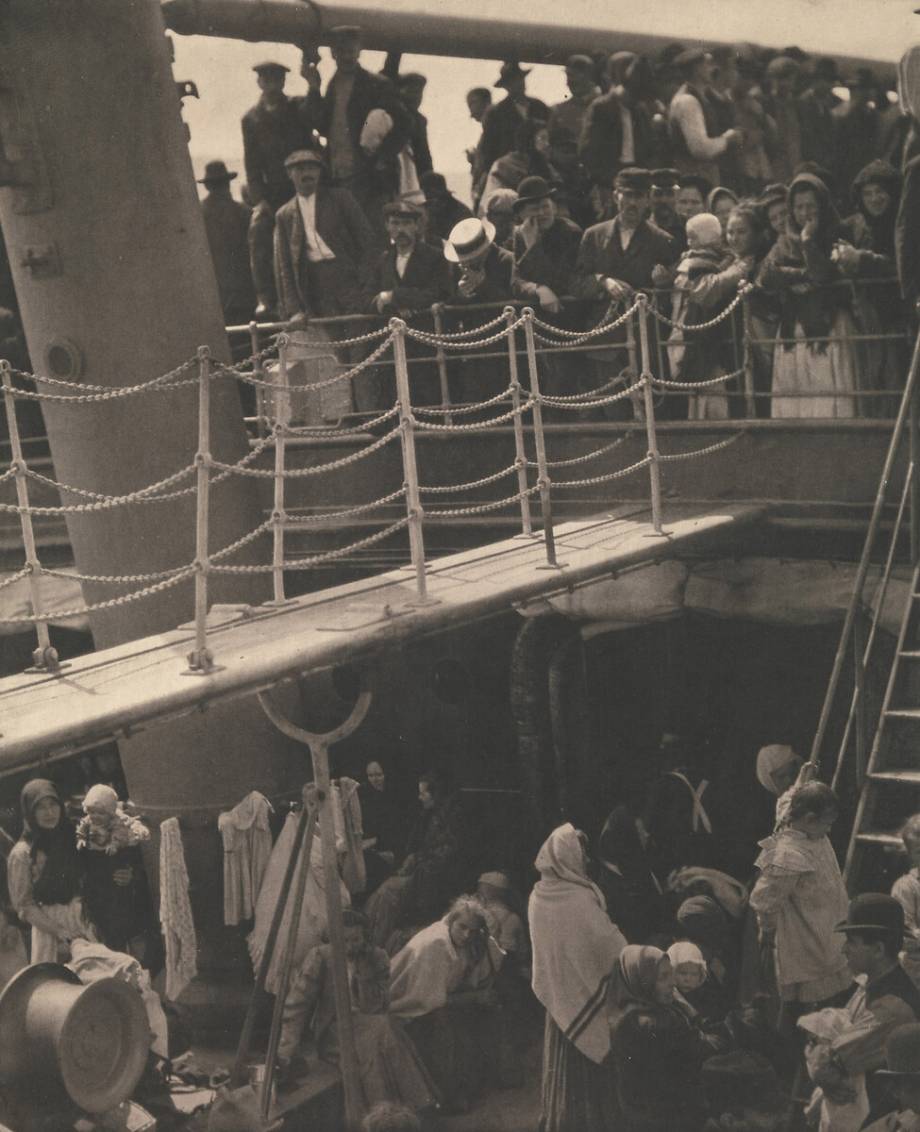 During the month of June 1907, Alfred Stieglitz travelled from New York to Europe on board of the SS Khaiser Wilhelm II. This is during this trip that he captured this instant, a photography that will have a huge posterity in modern artists’ societies. Already famous at this time, Stieglitz decided to capture the passengers’ features, migrants forced to go back to the Old Continent since their visas expired. The photograph witnessed this scene in which he sees « a composition of forms and the deepest human sentiment », both expressing themselves in a game of lines that organize the scene while cutting it : we only see a glimpse of the situation. This abrupt cutting contributes to the dramatic intensity of the scene, intensity that is reinforced by the balance between blacks and whites. The footbridge divides the composition in half and opposes the upper half which is mostly composed of men, and the lower half, where mainly women and children are presented. The protagonists are individualized : for example, we can catch the look of a woman, covered in white, directly looking at us. This pure photography, raw, clear, not straighten nor altered, is taken at the « instant décisif », the most intense and eloquent moment. Thus, this photography defines the role of the modern artist, an artist that is supposed to give a new and faithful vision of the world in which the meaning would be hidden in the details.

This artwork is a photography from the belle epoque period. It belongs to the documentary photography style.

« The Steerage » is kept at Metropolitan Museum of Art, New York, USA.

Explore the work of
Alfred Stieglitz

Muzéo is a team of designers and craftsmen with a design and manufacturing workshop.
Epoch
The beginnings