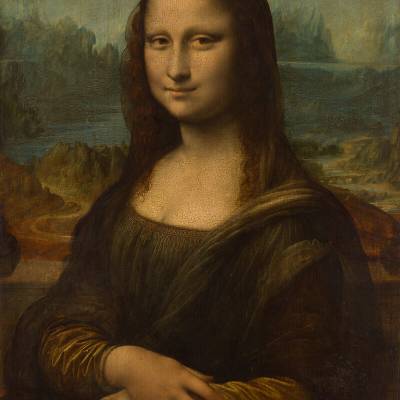 The Renaissance was influenced by many advances: scientific (Copernican revolution); theological (Saint Francis of Assisi then Martin Luther); artistic (discovery of oil painting) and technical (theory of perspective). They will overturn Art History and artistic creation in Europe.

The invention of the printing press in 1450 allowed the spread of humanist thoughts. These thoughts, based on the philosophy and mythology of Rome and ancient Greece, are opposed to medieval scholastic thought. They will then help painters to idealize Man by placing him in the center of the world, almost touching the divine with his finger (frescoes in the Sistine Chapel).

For the first time since classical antiquity, painting gave a convincing illusion of three dimensions, with solid-looking figures set in a unified space. The figures have noble proportions and features and show leievable emotions. While Florentines approached art intellectually, Venetians reveled in the luscious color of oil paint. Renaissance means rebirth and the idea stems from the 14th-century italian poet Petrarch. He divide history into ages : the golden age of classical antiquity, the dark age after the Roman empire collapsed; and his own modern age, when the values of antiquity were reborn.

Painting and sculpture became realistic, representing the living , visible world rather than, as in medieval art, symbolically portraying the heavenly realm. Discovery of the laws of perspective put art on a rational footing that showed mathematically calculated depth and proportion. Technically, the use of oil paint freed artists from the constraints of quick-drying egg tempera.

Our selection of Renaissance paintings for canvas art prints :

Portrait of a Man in a Red Turban
Jan van Eyck

The birth of Venus
Sandro Botticelli

The Lady with the Hermine
Leonardo da Vinci

Head of a Young Woman with Tousled...
Leonardo da Vinci

Hands of God and Adam, detail from...
Michelangelo Buonarroti

Hunters in the snow
Pieter Brueghel the Elder

In addition to Renaissance painting: