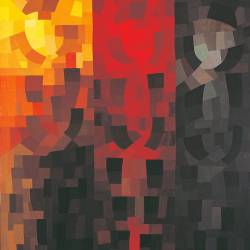 Otto Freundlich was born on July 10, 1878 in Stolp, Germany (now Poland). He was raised in a Jewish and Protestant family. From 1897, after a commercial training in Hamburg and an attempt to become a dentist, he went to Berlin to study art history, literature and philosophy. In 1908, Freundlich arrived in Paris and frequented many artists such as Amedeo Modigliani or André Derain. He participated in many avant-garde movements over the years, such as the creation of the Dada club in Berlin, and was also a member of the groups "Cercle et Carré" and "Abstraction-Création". When the Nazis came to power, the works of Otto Freundlich were considered part of degenerate art and all those found in the collections of German museums were destroyed. Otto Freundlich died on March 9, 1943 in the Lublin-Majdanek concentration camp, then located in occupied Poland.

<span "'="">Otto Freundlich was a painter and sculptor, a pioneer of abstract art. His famous works are "Composition", "Red" and "Composition December 1935".

Man in front of a fountain
Otto Freundlich