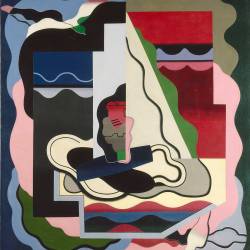 Georges Valmier was born in 1885 in Angoulême, France. In 1890, he and his family moved to Montmartre where he was raised in the middle of music and painting. In 1907, he returned to the Ecole des Beaux-Arts in Paris. He was mobilized during the First World War, until 1918. The early 1930s marked a turning point for his art, with a marked entry into abstraction. In 1936, Valmier was commissioned to decorate the cinema of the Palais des Chemins de Fer for the Universal Exhibition of 1937. Georges Valmier died in March 1937 in Montmartre.

Georges Valmier was a cubist and abstract painter of the twentieth century. His famous works are "Mouvements synchronisés", "Figure" and "Composition".