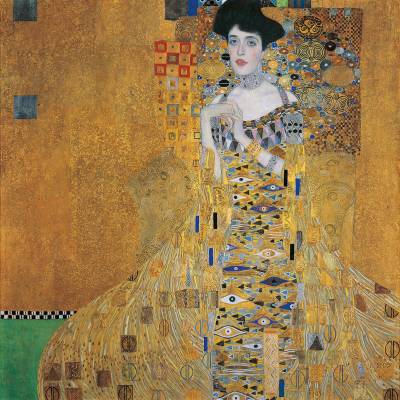 Symbolism and Art Nouveau were international art movements that flourished in the final decades of the 19th century.

Symbolism emerged as a reaction against the naturalist movement - Realism and Impressionism - which had dominated the progressive art scene after the 1850s.

What are the characteristics of symbolism ?

Symbolic painting, in contrast to impressionism, does not find its inspiration in nature, addressing the mind of man more than his gaze. Imagination and emotion are the watchwords of this current, the painters, not accepting the progress made on the technique, prefer to let their feelings dictate their art with dream and melancholy. Themes such as loneliness, death or the fantastic are recurrent subjects in their painting, as well as the woman, whose representation is completely symbolic. Thus, good and evil are defined by flowers, while the landscapes come alive with a supernatural atmosphere, while retaining a certain aestheticism in their works.By concentrating only on what the artist saw, naturalists had largely ignored the imagination, intellect and emotions. Symbolists aimed to rectify this by producing pictures that evoked certain moods and feelings.

What is the difference between symbolism and Art Nouveau ?

Although Art Nouveau shared with symbolism the element of fantasy, it was primarily preoccupied with decorative effect. It can be seen as a response to William Morris' Arts and Crafts movement, but was also influenced by other idioms such as japanese prints and the revival of interest in ancient Celtic patterns.

symobilists aspire to communicate through line, color and form, like music and poetry.They did not use readily defined symbols , but opted instead for images thjat were richly evocated.Symbolism was both a literary and artistic trend, with a manifesto written by the poet Jean Moreas, in 1886.

Lady with a fan
Gustav Klimt

Judith and the head of Holofernes...
Gustav Klimt

Roses under the Trees
Gustav Klimt

Woman with a hat and a feather boa.
Gustav Klimt

Portrait of a woman.
Gustav Klimt

Detail of The Three Ages of Woman,...
Gustav Klimt

The Tree of Life (Frieze of the...
Gustav Klimt

The Gust of Wind
Léon Spilliaert

In addition to symbolist painting :

Pick a painting theme and create your canvas art print :