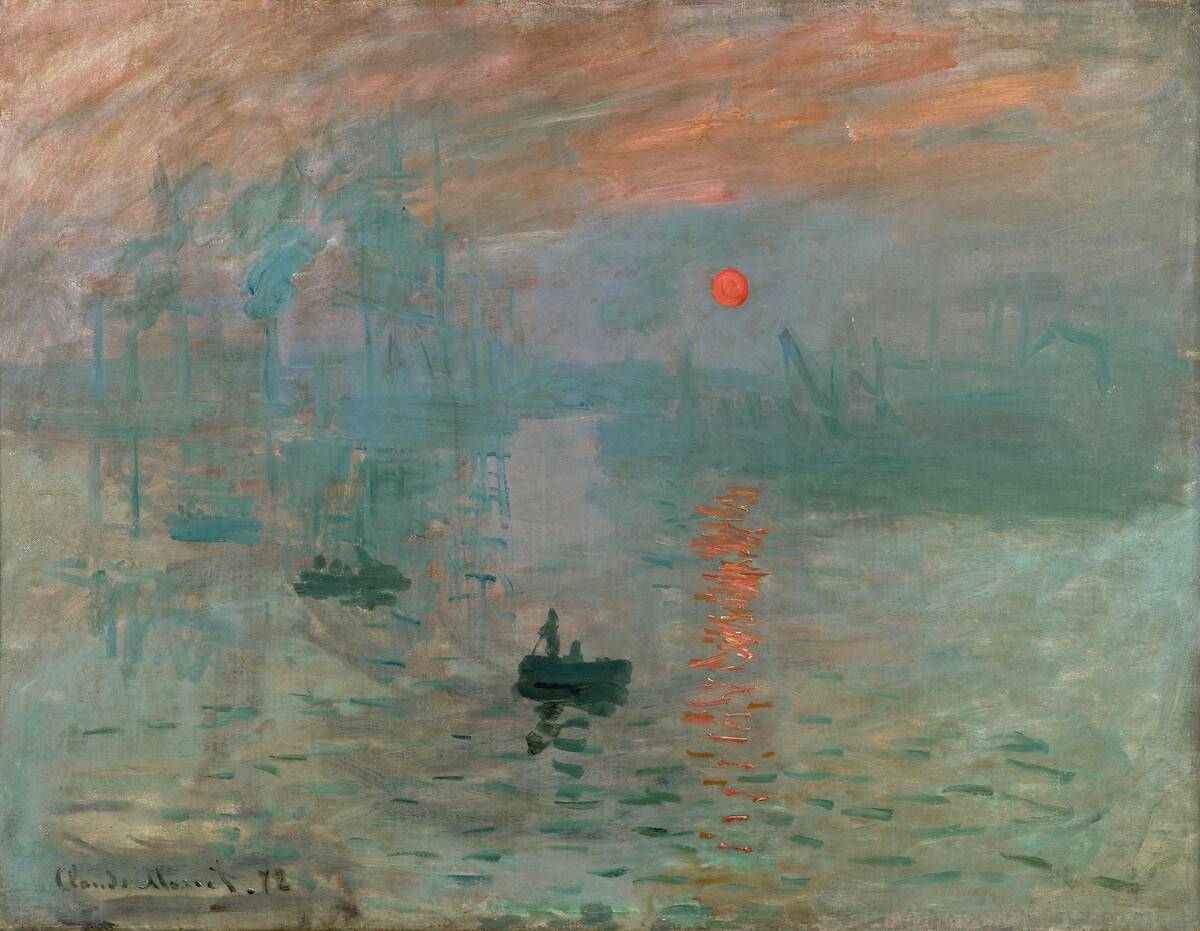 Impressionist painting developed between 1874 and 1886.

Painting and Sculpture are, from 1673 to 1880, managed by the Royal Academy; then by the Academy of Fine Arts. The aim of these bodies is to dictate artistic "good taste" and to choose the artists who will have the chance to exhibit at the Salon, an annual art event in Paris.

During the 19th century, under Napoleon III, the Salon was strongly criticized for its esotericism and its elitism. Under the impetus of artists such as Edouard Manet, Claude Monet, Alfred Sisley, Pierre-Auguste Renoir [...] a Salon des Indépendants was created in 1874.

This exhibition is mocked by critics: “Impression! Impression, I was sure. I also said to myself well since I am impressed, there must be some impression in there […] A wallpaper is more worked than this navy. ", Asserts Louis Leroy in the Charivari (Despite himself, the author, criticizing Impression, rising sun, will give the name to the current). And for good reason, this exhibition defends the principle of free expression of subjects and artists and criticizes the neo-classical movement (of artists such as Jacques Louis David; Joseph Marie Vien etc.); the return to historical paintings (allegorical, historical or religious) and to the antiquating ideal.

However, the Impressionists want to be current, as much in the choice of their subjects as in their technique.

The industrial revolution allowed the emergence of a bourgeois class which placed numerous orders and frequented the Salons.

The appearance of the photo in 1840 pushes artists to represent their environment as faithfully as possible, but always with their impressions of it. Supported by naturalists such as Emile Zola, Monet, Manet and the Impressionists concentrated for the most part in painting landscapes, but also the modernity brought by the industrial revolution.

The invention of the metal paint tube allows artists to paint in the great outdoors instead of being in the studio. Their movements are facilitated by new railways serving, for example, the Ile de France, Brittany or Normandy. This allows them to be closer to Nature and to paint its movement.

Their style is characterized by the choice to represent everyday bourgeois, modernity (especially new infrastructure), and landscapes.

Technically, most of the works related to this movement are painted in pure colors and in solid color.

The current ends around 1886 when artistic disagreements arise within the group. Their last exhibition sees a painting appear whose subject is impressionist but whose technique is completely unknown: it is the imposing Un Dimanche à la Grande-Jatte by Georges Seurat.

This exhibition completes the current of the Impressionists but announces a whole new one: that of the Pointillists.

In addition to Impressonist paintings :